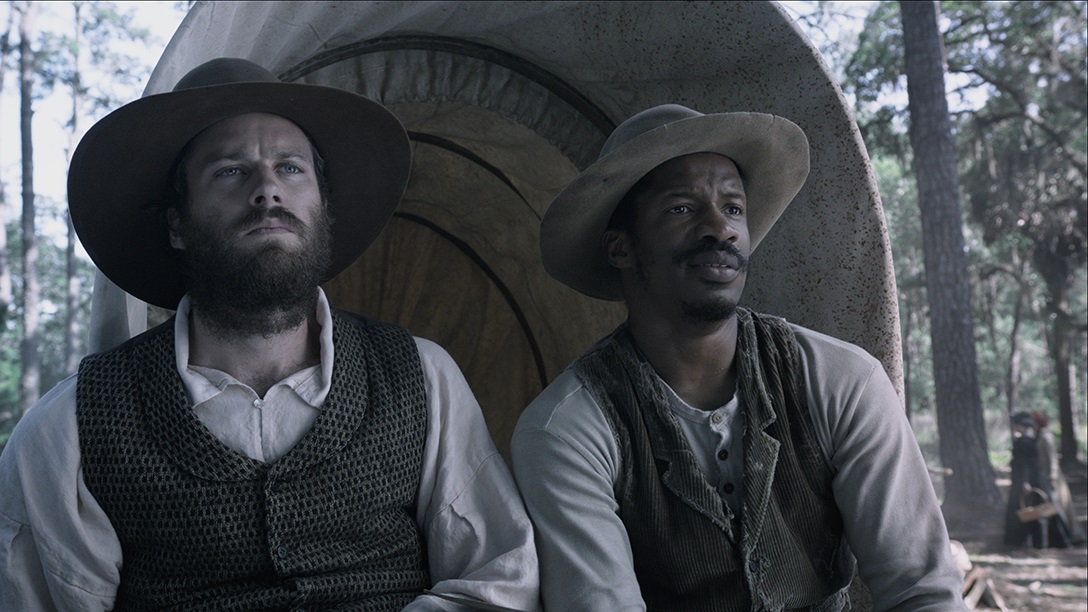 I had booked my ticket for The Birth of a Nation long before the news broke of its $17.5 million sale. As something of an armchair film historian, I couldn’t resist seeing a film renamed after one of the most (in)famous films of all time. Knowing a bit about the backstory of the film and its plot, I knew it would be an important, must-see at Sundance. While I’m not sure that it lived up to the hype that the week placed on it (and what film could?), it’s still a vital film and one that will be discussed at great length when it releases later this year.

Nate Parker’s The Birth of a Nation–and that’s really how it should be titled given Parker’s dogged involvement as writer, director, and actor–recounts the life of Nat Turner (Parker), the slave preacher turned violent revolutionary. Nat traveled throughout Southampton, VA, preaching to his fellow slaves a message of quiet submission and patience for the Lord. Their masters paid his master, Sam Turner (Armie Hammer), kindly in return. Nat continued to preach until he could no longer abide the abuse that he both saw around him and ultimately endured. He spearheaded a rebellion that killed around 60 people, the highest number of deaths from a slave uprising in the American South.

That Fox Searchlight purchased the film should come as no surprise, given how it echoes one of their recent award-winning films, 12 Years a Slave, in its reverential yet unflinching treatment of the subject matter. At almost two hours long, it flies by, and all the cast turn in strong performances, highlighted by Parker’s. The violence is gritty but never gratuitous and continues to draw from the catalogue of evils of the time. In the process, it reveals diverse slave owners and the varied slave experience without feeling contrived. As Nat becomes conflicted about his role as itinerant preacher, Sam grows more disturbed by the abuses on neighboring plantations and stays drunk. Hammer does a good job of walking that line between conflicted conscience and willing participant. 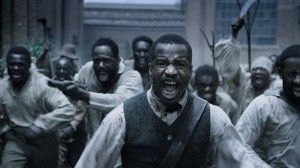 In The Birth of a Nation, it’s impossible to ignore the strong theological and spiritual themes running throughout the film. Where it felt tacked on in 12 Years, it’s a core subject here. A welcome addition to the film are the frequent references to and images of African spirituality and religious practice that motivate and comfort Nat. Birth culminates in a religious/theological transgression, of a sort. Nat and his opponents can volley scripture back and forth about slavery, obedience, and freedom, but when Nat baptizes a white man on his owner’s property, that is a bridge too far. Sam orders Nat to be whipped, and this beating triggers his shift to a more violent reaction.

Here, as with many moments in history (and in the present), religion and violence are inseparable from one another. Slaveowners use Christian scripture to justify this evil practice, while Nat uses it to fuel–in part–his violent rebellion. Watching this film, it’s hard not to see both slavery and the violent reaction to it as forms of Christian terrorism. But it’s also important to note that the violence that Nat and his fellow slaves inflicted on their masters is the very violence that they have held in their flesh and bones for generations. While the men in the film are hell-bent on violence, Nat’s wife seems to exist above it all. Violently beaten by the sheriff and his men, she reminds Nat that those who live by the sword, die by the sword. And in the film, they all do.

But as Pasker pointed out in the Q & A after the film, all Nat Turner and his fellow slaves had to fight back with were shovels and axes. They didn’t have the right to assemble, vote, or buy their freedom. The point for Parker, then, is not the violence of the resistance but the fact that these men stood up and faced their oppressors. As a result, Birth is first and foremost, for its director, a commemoration of this hero and an effort to insert him into the national conscience. Parker also hopes that it will inspire others (optimists, as he called them) to stand up and resist the oppressive systems under which they–or their neighbors–suffer and, in the process contribute to racial reconciliation. It will be interesting to see how audiences respond to this vital film when it releases later this year.