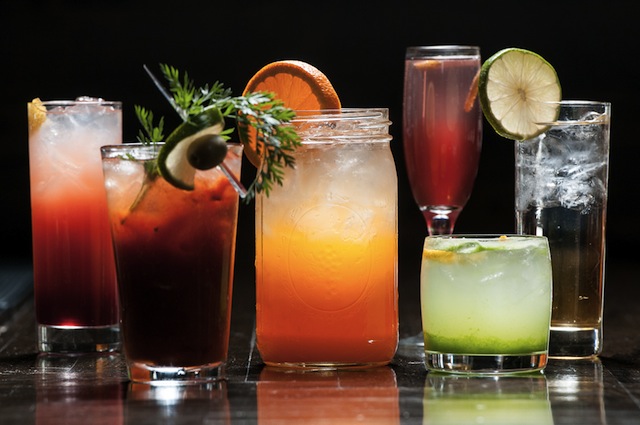 Based on our travel experiences last year, I frequently think about creating a “reality series” that focuses on drinking cultures around the world. It’s not a terribly new idea, but Three Sheets was too “drunk,” and alcohol is always second to Anthony Bourdain‘s food obsession. Thankfully, a new book by Lawrence Osborne, The Wet and the Dry: A Drinker’s Journey, begins to get at the aesthetic and intellectual depth of the kind of pop-cultural studies I’d like to pursue through alcohol cultures and consumption.

The Wet and the Dry is Osborne’s travelogue of trying (and more often than not succeeding) to procure alcoholic beverages while traveling, mainly, throughout the Middle East. He peppers these tales with reflections on significant periods of and relationships in his life that revolved around his use of alcohol. There’s his experience of being broke and homeless and his relationship with his mother, also a consummate drinker. One might say that Osborne battles with alcoholism, but this would miss the point. It is more the case that he grasps the horns of the alcohol beast and tolerates (and occasionally enjoys) the ride. Throughout his travels, he visits Middle and Eastern countries like Lebanon, Egypt, Saudi Arabia, Malaysia, and Thailand. In between tales of these adventures, he reflects on the perfect cocktail and what makes an ideal bar in Western cities like Milan, London, and New York. If you’re a cocktail hour devotee or simply enjoy the occasional glass of wine with dinner, pour yourself a drink (or two) and enjoy this book. Read on for some thoughts on the religious and/or spiritual implications of Osborne’s book.

Even when Osborne recalls funny alcohol-fueled experiences, there is a tinge of melancholy to them, as if he is simultaneously aware of the negative impact that drinking has on his life. He consistently questions the Islamic fundamentalists’ assertion that alcohol and drinking is a sickness of the soul, but at the same time, it frequently sounds like he is keenly aware of the symptoms of his own illness(es).

Osborne’s work has implications (hence the title) for broader discussions of religious and cultural relationships and differences, particularly between the East and West and Christianity, Islam, Buddhism, and nonbelievers. While Osborne might initially sound hyper-critical of Islam, it is clear that he has no patience for fundamentalisms of any sort (unless it be a religious-like devotion to cocktail hour). He does raise interesting historical points about the role of alcohol in Islam and some historically famous Muslims’ use of it. Consider the similarities to popular discussions of Christianity and alcohol consumption: “Alcohol is mentioned a mere three times in the Koran, and its use, though frowned upon, is not always explicitly forbidden. The hostility to wine in the holy book, if stern, does not seem especially ferocious. It is drunkenness, rather than alcohol per se, that provokes the Prophet’s ire” (17).

At the same, influenced by experiences of diverse class strata around the world (and particularly in the Middle East), Osborne shows how class (and being of the upper crust) often softens fundamental religiosity. This is a reality that people of all faiths know. But even among lower classes, there must still be an attraction to alcohol to help cope with the harshness of life. Just who is contributing to the $30 million alcohol black market in Pakistan? In the process, Osborne reveals that in our increasingly global and complex societies rarely are people or communities soaking wet or aridly dry.

Reading through The Wet and the Dry, I started to get the sense that Osborne was hinting at a possible spirituality attached to drink(ing). His discussions of Dionysus, the cults surrounding him, and the threats they posed to more “traditional” expressions of religion are fascinating. Osborne writes, “The drinker slouching his way every night toward his bar-shaped Bethlehem is searching for his or her own version of Pindar’s [the ancient Greek poet] amazing intuition. We want, even for a few moments, the ‘pure light of high summer’ inside us. For Pindar was suggesting not that Dionysus was like that light, but that he was that light. The god as summer’s light itself: intoxication as pure immanence” (72-73). Osborne laments what has happened to this ancient form of spiritual expression: “In the Mediterranean world, it was at the origin of a religious passion. Today we have turned that same passion into a secular industry and a private struggle. But meanwhile Hezbollah are right to hate the drinker: he […is] their greatest threat” (23).

I’m tempted to conclude with a lengthy list of quotable quotes from Osborne’s observations of drink, drinking, and drinkers, but that would give away all of the fun of reading them for the first time in their context. I will end with this bit of insight: “The drinker is a Dionysiac, a dancer who sits still, a mocker. He doesn’t need your seriousness or your regard. He just needs a little quiet music, and a gentle freedom from priests.” (65)