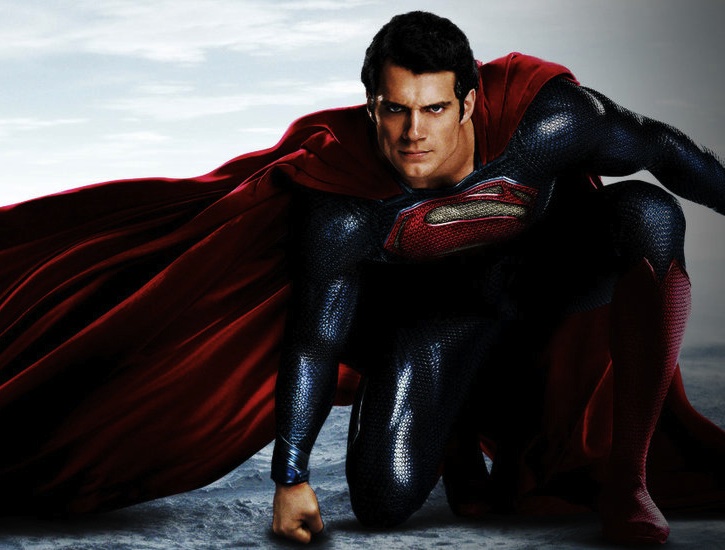 One of my favorite pop culture scholars, Tony Mills, wanted to weigh on in the new Superman movie, Man of Steel. I wanted to vent about it too and thought it would be fitting for another Pop Theology conversation. Feel free to weigh in with your own reactions.

Tony: Ryan and I each had some thoughts on the ethical and religious issues with Man of Steel. We begin, perhaps most fittingly, with the proverbial elephant in the room, but there is much more to be said than that.

Ryan: So much has been made, in religion and pop culture circles, about the Jesus- and Christ-likeness of Superman in the wake of this latest film in the franchise. There are a couple of scenes that beat us over the head with the comparison, most notably Clark consulting a priest and being framed by a stained-glass Jesus in the background. The substitutionary atonement theory is clearly at work here. For those who don’t know, this is a perspective within the Christian doctrine of salvation that understands Jesus’ death as a sacrifice to God, or substitution, on our behalf to appease the God’s anger at sinful humanity. It is highly popular within Evangelical Christian circles and is exemplified in Man of Steel: either Superman or the rest of the world must die.

Tony: I definitely agree that the attempts to show the parallels between Jesus and Superman are heavy-handed. In the comics and in the earlier Christopher Reeve films, the similarities felt more natural. Bryan Singer does the same thing in Superman Returns, but that film is so self-conscious that the comparisons feels natural there as well. We know that we are watching a Superman film, and we know that Superman is the lamb who takes away the sin of the world, as it were. In Man of Steel, however, the parallels seem to be very unnatural, rather forced and therefore trite. The scene in the church is the major example. I actually found this scene confusing because it didn’t appear to fit in. The priest is shot in such a way that he gives the impression of familiarity. Are we supposed to know this man? What they could have done to make this more natural is to have the priest be someone who used to pick on Clark, which at the very beginning I thought they were doing because the church scene comes closely after the scene where young Clark is about to be beat up by jocks. They did this with the young man, Pete Ross, that Clark saves from the river, who turns out to be kind to Clark later in life. This would have made more sense, showing that Clark’s goodness and kindness encourages others to be kind in turn. The other significant scene is when Clark leaves Zod’s ship to go rescue Lois from the escape pod. He slowly backs out of the ship with his arms crossed, but it makes no sense in the context of what’s going on. It’s as if director Zach Snyder just wanted a cruciform scene so much that he just had to cram it in the film somewhere in case anyone had missed the connection.

Ryan: There is something interesting, though, about Superman carrying the identity of an entire civilization in his very being with the Kryptonian Codex being part of his cells. I’m reminded of Acts 28:17: “In him we live and move and have our being.” There is something cosmic about this understanding of humanity’s relationship to Jesus that transcends another traditional, Evangelical notion of Jesus being someone’s “personal” lord and savior. However, as all superhero/Christ comparisons inevitably do, this one falls off the rails when Superman starts wailing on the baddies and eventually snaps Zod’s neck.

Tony: Yeah I agree. This almost feels like two movies. For the first ninety minutes or so, after the prologue on Krypton, we have Clark struggling to find himself and his purpose, but we do see a fairly solid personality being formed even in the midst of the confusion: an aloof but intelligent and very compassionate young man who values the wisdom of his adoptive parents, who values women, who takes an unassuming attitude toward strangers, and who does not respond violently to people who are violent towards him. Once General Zod and his followers come to Earth, however, the film turns into not only little more than spectacle, but one which seems to contradict the pensive moral and psychological landscape presented in the first part.

Ryan: And apparently along with beefed up special effects laden destruction, the latest blockbuster has to be ear-splittingly loud as if to remind us that we don’t have ginormous speakers at home. The death and destruction that accompanies this sound and fury has become so “eroticized” as to be offensive. It’s 9/11 porn. I don’t know if I can sit through one more generic city-wide destruction with low-angle shots of toppling buildings. The lack of creativity is boring, and the inability (or unwillingness) to attach any sense of despair over accompanying loss of human life (you know, all those people who live and work in those buildings) is arguably unethical.

Tony: Right, which is another reason why it feels like two movies to me. Here we have all this stuff in the first part about Clark doing what’s right and being a beacon to the world and leading people and all that, but then when the fighting starts he appears to not care one bit about the destruction of property and human life which inevitably results from all the over-the-top carnage. The collateral damage is whitewashed, however, as it is in almost all superhero movies for the sake of the PG or PG-13 rating necessary to make more money.

Ryan: You’re exactly right about the relationship between money and ratings. It’s good for box office, but we must also ask ourselves what cultural and social messages (not just religious) these 13-year-old and younger viewers are receiving. I know this is something you’ve thought about in regard to other blockbuster films as well.

Tony: You mention the lack of creativity being boring. Another aspect which I am starting to find boring, but which is common in many superhero films, is the moral dichotomy between heroes and villains, particularly with the hero representing compassion and sacrifice while the villain represents Nietzschean amorality and Social Darwinism. Both of these are present here, chiefly in the attitude of Zod’s lieutenant Faora-Ul. Superman is considered morally exemplary because he is compassionate toward the weak, i.e. humans. I think there are films in which this distinction is portrayed well and provocatively, but it is becoming a rather overdone staple of the superhero genre, especially when the hero then acts in the same violent manner as the amoral villains whose ethical vision he or she is supposed to oppose. The killing of General Zod would seem to be an example of this, although Superman seems genuinely remorseful after the act. What would have made this scene and decision more powerful is to have Clark suffer more emotionally because of it; a more drawn out depiction of the psychological anguish of killing another person. Because of this, the perpetual death of villains at the hands of a supposedly compassionate and moral hero, the lesson and virtues of kindness, sacrifice, protection of the weak, etc. risk being ultimately subsumed under or absorbed by a metaphysics of violence. Historically and culturally, of course, this is what Americans love to tell themselves. Look how compassionate we are! Look how noble and sacrificial! We have no choice but to invade sovereign nations and spy on our citizens and assassinate “terrorists” and incarcerate people without trial and impose our values on non-white people. The message of Man of Steel, which is, to be fair, shared by most American action and superhero films, is not really about compassion. It’s about the spectacle of violence and destruction masked as compassion.