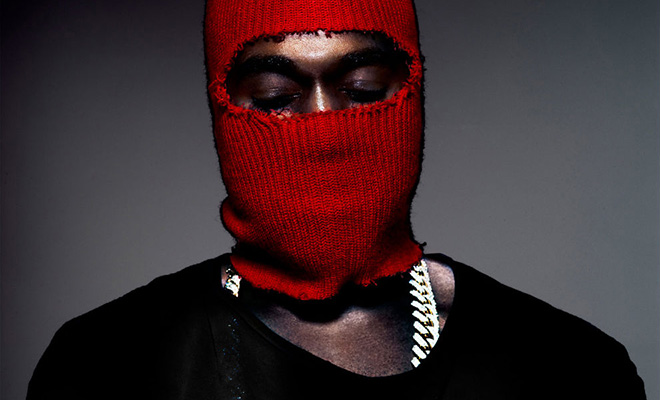 I come to review an artist even our unflappable president referred to as a “jackass.” Although I have severe doubts about some of our president’s national security policies, I must agree with his assessment of Kanye West.

Let me start this review with the necessary disclaimer—all too necessary with many of the biggest acts in hip-hop. I said the same thing when I reviewed Eminem’s Recovery in 2010, and I’ll say the same thing with Kanye West. Yet again, the misogyny on this album is unacceptable. I won’t go into the specifics because I don’t want to repeat the abuses West visits on women. (If you must read the gory details, see this excellent roundtable with women critics on Spin.) Suffice to say, any of the musical advances of this innovative album are severely undermined by the objectifying and abusive attitude West has toward women. It’s time for him, and several dozen other rappers (and artists of any genre that practice misogyny) to grow up, leave their mommy-hating adolescent childishness behind, and start entering musically into mature relationships with women.

That being said, I have always thought it best to address the most difficult pieces of popular culture, rather than ignoring, censoring, or banning them. So, on we go.

As I suggested, Yeezus is musically an innovative album. The star power West brings in – from Daft Punk, to Frank Ocean, to Bon Iver’s Justin Vernon—demonstrates a roving curiosity that leads to soundscapes not usually explored in this genre. The album is a smash-up of electronic beats, old-school samples, and epic stadium-rock choruses. This is not your father’s rap album. (Whatever that was.)

On a couple of the tracks, particularly the first three: “On Sight,” “Black Skinhead,” and “I am a God,” West reaches a fevered, spit-on-the-microphone rap relentlessness that drives the tunes like a musical perpetual motion machine. “Blood on the Leaves” is also remarkable in that it interposes Kanye’s rap with an eerie Nina Simone cover of Billie Holiday’s “Strange Fruit.”

As for the lyrics [sigh] the ones I’ll quote, probably the most interesting song is “I am a God.” First off, easily-offended folks that might have a problem with this one based on a perception of its blasphemy need to chill. The song has a heavy dose of irony about the big head Kanye’s got from all his success. It opens with, “I am a god/ Hurry up with my damn massage/Hurry up with my damn ménage/Get the Porsche out the damn garage.” It would seem his god-like egoism is being evoked with tongue pressed firmly in cheek.

The next line is really confusing, though, and might rightfully bring up some objections: “I am a god/ Even though I’m a man of God/ My whole life in the hands of God/ So y’all better quit playing with God.” There is no interpretation of Christianity that would back up Kanye’s claim to be a “man of God.” If you come from a more traditional evangelical or Black Church perspective, the blasphemy of comparison to God is enough to disqualify him. From a progressive perspective, his misogyny cuts him out of the running.

Perhaps Kanye raps here in the vein of the exquisite Pauline hymn from Philippians 2: “Let this mind be all up in yo grill, which was also in Yeezus; Who, being all badass and shit, thought it would not jack G to mack G.”

Okay, now my tongue is pressed firmly in my cheek and I’d better stop before I bite it off.

Anyway, the song ends with rhythmic heavy breathing and screams as if Kanye is waking up from a terrible nightmare. This would seem to suggest “being a god” is a source of continual pressure and unease.

Several of the songs express an awareness of the civil rights movement. Although having a woman take off her bra and exclaiming, “thank God Almighty, they free at last” perhaps shows a more myopic take on the historical significance of the movement.

The album is full of these absurdist—tasteless, really—comparisons between Kanye West’s rich-guy problems and the historic and current struggles of Black America, from the lynchings described in Simone’s sample, to the legacy of segregation, to the prison-industrial complex. (West actually refers to having to seat his wife on one side of a basketball court and his mistress on the other as “apartheid.”)

I have a theory as to what’s behind the tasteless civil rights references. In 2002, I went to an exhibit at the Jewish Museum of New York that featured interpretations of the Holocaust by artists born after World War II, called Mirroring Evil: Nazi Imagery/Recent Art. This exhibit included some pretty tasteless representations of the Holocaust, including a Lego model of the Buchenwald concentration camp. The subtext of many of the pieces was that although the Holocaust is a defining experience for Jewish people, children, grandchildren, and great-grandchildren of the World War II/Holocaust-survivor generation in Europe and America have a hard time identifying with such horror. The Holocaust comes to them as a pre-packaged event, with its own soundtrack, Website, and DVD boxed set.

For successful African Americans, particularly those like West who were raised in the middle class, there must be some similar feeling of disconnect from the struggles of the civil rights era. African Americans of all classes—including our unflappable president—are vulnerable to the systemic racism that stubbornly persists in our society. It is still dangerous to be a black man; ask Oscar Grant or Treyvon Martin. But it’s unlikely West himself has ever experienced the kind of soul-crushing daily racism that he describes in “New Slaves:” “My momma was raised in the era when/ Clean water was only served to the fairer skin.” For many, the struggle for civil rights comes as a pre-packaged event, with its own soundtrack, Website, and DVD boxed set. (For another example of this generational ignorance, witness the uproar over ‘Lil Wayne’s boneheaded line about Emmett Till.)

The struggle to understand the story of one’s family or one’s people’s fight for human dignity would be an excellent topic for a hip-hop album. Perhaps you could even get a compilation together of young rap stars remixing songs of the civil rights era, or writing songs comparing the original Jim Crow with Jim Crow 2.0, or the problem of being young, black, and educated and still facing tacit discrimination in the job market.

Yeezus is not that album. There’s not even clarity here that West understands the difference between his Reality Show problems and real, historical problems faced by African-Americans. You listen to this album and you think for a moment that maybe this guy might be onto something—that he might understand something about race and gender that could be a just a little above our heads, and that we might not be ready to accept his vision yet. Then you listen to it again and you realize he’s just a jackass.