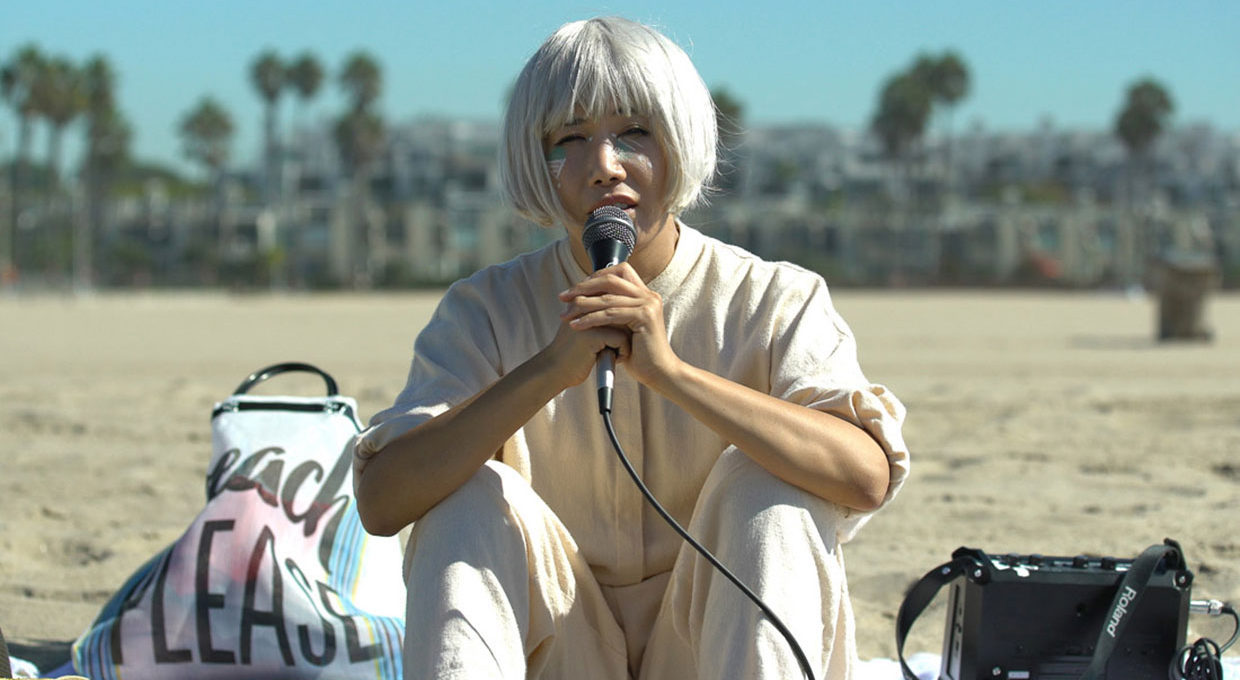 Daryl Wein found his inspiration for his latest film, White Rabbit, premiering in the NEXT category here at Sundance, in performance artist and actress Vivian Bang. They connected over their shared struggle as working artists and a desire to see greater diversity and better non-white representation on screen. The result of their collaboration, along with artist/photographer/model Nana Ghana, is a slice of Los Angeles life with reflections on friendship, race, economics, and the role of art and the artist in contemporary culture.

In White Rabbit, Bang plays the character of Sophia, a woman very similar to herself. Sophia performs one-woman shows in public (grocery stores, malls, parks, etc.) that highlight Los Angeles’ recent racial tension, specifically tensions between Koreans Americans and African Americans on the heels of the Rodney King riots. She also suffers from racial profiling, largely on the casting couch, and is frustrated by her inability to gather a larger following around her online videos. At a performance in a local park, she has a chance encounter with Victoria (Ghana), a photographer and artist. They strike up a fast friendship, which Sophia mistakes for something more. When Victoria goes away for a week, Sophia texts her incessantly, and Victoria’s lack of responses send Sophia into a tailspin.

While certainly not a timeless film, White Rabbit feels like one of the timelier films here at the festival. In word and deed, it embodies both the desire for greater representation at the heart of the Time’s Up movement and the ever-present tensions between art, commercialism, and economics. In the post-screening Q and A, Wein, Bang, and Ghana spoke at length—and with some transparency—about where they are as artists and filmmakers and the difficulties they face in surviving in an industry and a culture that doesn’t adequately compensate or patronize more diverse work. I had the privilege to interview both Bang and Ghana for Level Ground’s Making It Queer podcast. We talk about these themes and more, and you can listen here.