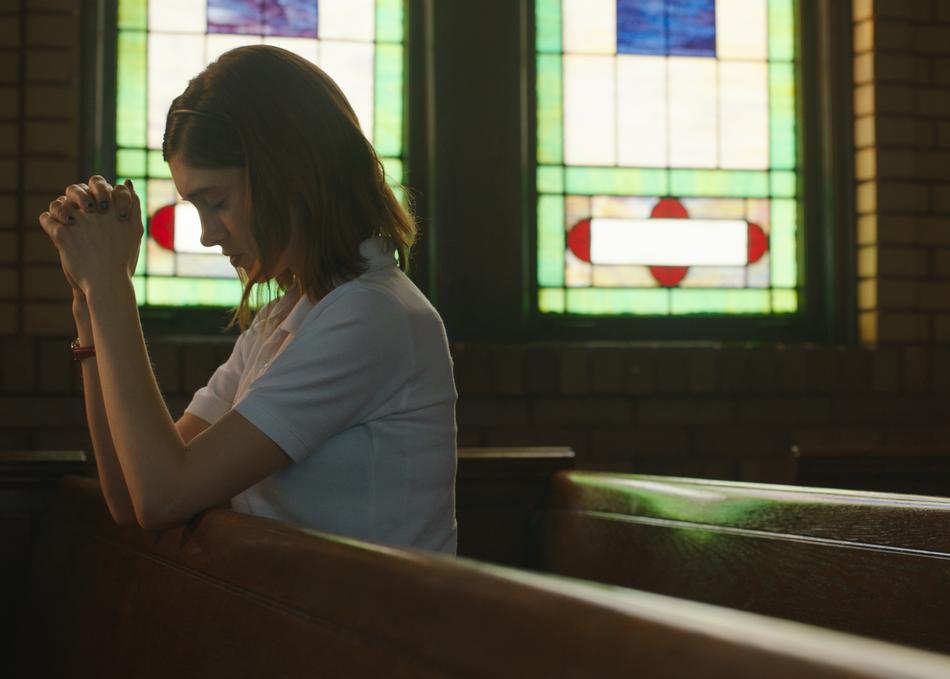 For how much we talk about the sacredness of sex, Christians do not have the greatest track record when it comes to actually talking about it. In America, we might be tempted to blame it on some residual Puritan guilt but that was merely inherited from an admixture of lingering gnostic mistrust and patriarchal discomfort, all anxiously bound together by some half-remembered condemnation from St. Augustine. Besides, Catholics, just as readily as Protestants, might blush at the sensual implications of the Incarnation let alone Christianity’s own rich history of spiritually erotic poetry. Whatever our hang ups, however, it is undeniable that when it comes to sexual education we tend to bring them all out – generally making everyone uncomfortable. Disparagement of contraception, gross misrepresentation of female sexuality, and, while it might all be done with a sincere desire to uphold the sacredness of virginity, its often misguided enough to intice exploration rather than contemplation. In Karen Maine’s (Obvious Child) directorial debut – Yes, God, Yes – the absurdity and hypocrisy of this approach is explored to hilarious effect as a young Catholic girl, spurned by rumor and judged by authority, is left to tiptoe into her sexuality under the watchful eye of a Church unable to be honest with itself.

The film takes place in the early 2000s and stars Natalia Dyer (Stranger Things) as Alice – an affable if unremarkable student, submissive to both friends and teachers alike if only because she hasn’t quite figured out what she wants in life. Finding herself caught up in a rumor concerning a virtuous classmate and something about “tossing his salad,” Alice is just beginning to explore her own sexuality after encountering a lewd stranger via AOL who invites her to “cyber.” The salad tossing joke in particular is played brilliantly throughout to highlight not only Alice’s innocence as she attempts to figure out what it even means but also as a way to play with the terrible absurdity of how rumor, judgement, and fear can become exacerbated amongst children who’ve barely been told what sex is. With a mixture of shame from a rumor she has no control over and the exploration of her own body she has no idea what to do with, Alice decides to embark on the school’s weekend retreat where, perhaps, Jesus might help her sort this sex stuff out.

Shot at an actual Catholic retreat center, the film will be hilariously familiar to anyone who’s spent time on retreat. Capturing everything from the setting – the idyllic wooden landscape, the musty, mismatched furniture, the sporadically hung crucifixes – to the content – the awkward group building exercises, the tenuous weekend alliances, the emotionally wrought small group breakout sessions – it is immediately obvious that this story comes from Maine’s own deeply personal experience. The retreat is led by Father Murphy – played pitch perfect by Timothy Simons, most known for his role as the obnoxious punching bag Jonah on Veep – whose sex talk amounts to comparing men and women to microwave and convention ovens. As soon as I saw him on screen, I’ll admit I cringed at the thought of seeing “Jonah, the Seminarian” (if only because I’ve known a few) but was pleasantly surprised to find him capture a spot on mixture of dopey sincerity and uncertain self-righteousness (this, made all the better, by his admission post-screening that his first step to creating the character was to google what a priest does).

Over the weekend, Alice is watched over by Mrs. Veda (Donna Lynne Champlin, My Crazy Ex-Girlfriend), the school disciplinarian whose hawkish presence and seething ire is palpable every scene. Although she’s slightly under utilized, when she is, fear is affectively induced. Alice is accompanied by her judgmental but, you know, totally loving best friend Laura. A (sadly) well-earned Christian stereotype, Francesca Reale (Haters Back Off!) plays her with a perfect doe-eyed sincerity that cuts with just enough viciousness to induce second-hand embarrassment. And, of course, over the weekend Alice falls in infatuation with Chris, a senior leader, played by Wolfgang Novogratz, who might as well be a distillation of every early-aughts heartthrob into one human. His aloof sincerity perfectly imbues the sort of youth leader who’s maybe just a little uncomfortably excited for Christ. Along with a great cast of supporting characters, Maine does a superb job really developing the time period, filling it with cultural touchstones that perfectly highlight a world just on the verge of being overtaken by the internet – losing a different sort of innocence in the process.

As the weekend goes on, the film finds Alice secretly indulging in her sexual exploration as it becomes abundantly clear that no one around her is even remotely sincere about their own sexuality (well, except maybe the septuagenarian Sister who remains blissfully unaware throughout). Amidst promiscuous teenage trysts and hypocritical priestly behavior, Alice is able to begin easing into her own skin, realizing that maybe it’s not all so simple as marriage and ovens. While the above description might come across as a pointed condemnation of the Church’s failing sexual ethic – a warranted reading, surely – the film works best as an intimate portrait of Alice’s innocent desire to simply understand herself. Warned of absolute damnation at even the slightest hint of impurity and yet not given much of an understanding of what that purity really looks like, Alice’s journey of self-exploration is painted with unflinching sincerity and forgiveness. After the screening, Maine admitted that the film was born out of her own shame surrounding masturbation and offered as a reflection from outside of the Church – while earnest about its shortcomings, the film never feels outright antagonistic. Perhaps simply bemused and exhausted (again, warranted).

The film ends in a poetic, if predictable, climax with Alice receiving sage advice from a source decidedly outside of the Church’s watchful eye. Although it might feel a bit pat for some, I appreciated the fact that the advice was not simply sexual in nature but rather wholistic. While the movie plays up sexual hypocrisy for laughs, the heart of the movie lies beyond merely the details of sexual exploration and really focuses on self-discovery. At its best, the Church understands that a healthy sexuality is born of true emotional maturity – the sort of maturity that is truly Incarnational and open to the other (more Song of Songs and less complimentarianism). Of course, when we keep sex at arms length, treasuring it as a mysterious realm of spiritual secrecy, we’re bound to only entice curiosity – unguided, unprepared, and decidedly individualistic. For those of us willing to have an honest conversation about the ways in which we obfuscate sexuality, this film provides a delightful look at what we all know is happening but remain too embarrassed to talk about – though we all know how absurd that is.