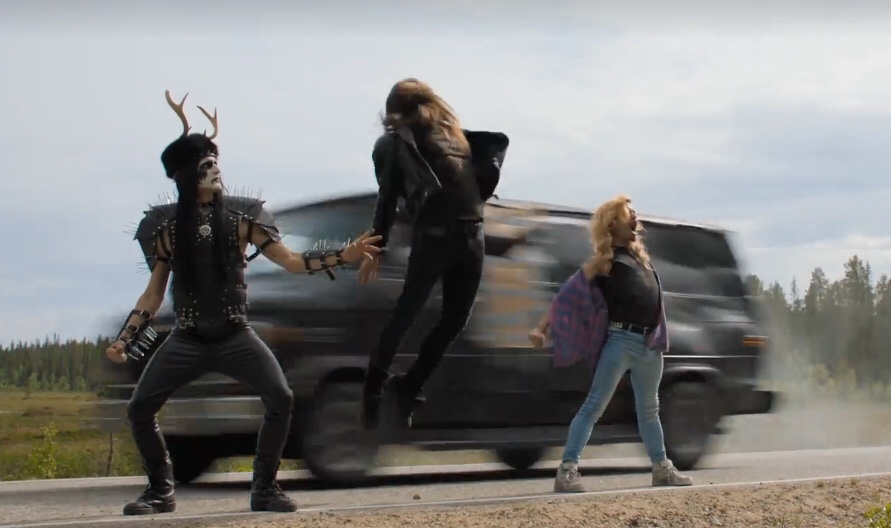 From the outside, the death metal scene can seem pretty intimidating. Full of the dour and dejected, decked out in shirts depicting horrific hellscapes, carrying on casual conversations about bodily mutilation and church desecration – it’s understandable that some people might be a bit put off, if not a little terrified, by the whole genre. But there’s a secret that the community doesn’t always want others to know, even if it’s blatantly obvious when you think about it: the death metal scene is mostly full of dorks.

As a fan – this isn’t a judgement, it’s just fact. Between the abiding love for high fantasy and an endless parade of pure pageantry, death metal is largely theatrical and performative. It’s an escape for the anxiously aggressive outcasts and awkward nerdy misanthropes who very well might be playing D&D rather than terrorizing the town on the weekend. This is a broad stroke but, if you have any metal heads in your life, I’m guessing it rings at least a little true. Finnish absurdist comedy “Heavy Trip” not only gets this truth but celebrates it in a way that honors the community for what it is – a home. It might be decorated with pictures of corpses and various demonic imagery but, for those who live there, it’s a loving home.

Following a group of misfits in a quaint Finnish town who spend their free time practicing metal covers in the basement of their guitarist’s reindeer slaughter house, first time directors Jusso Laatio and Jukka Vidgren’s “Heavy Trip” is a riot of death metal inside jokes and pointed pathos that treats the genre with both the utmost respect and a knowing wink at the sillier aspects of its spirit. When we first meet the group, metal is just a hobby, a distraction from their everyday existence. They don’t have original songs, they don’t have a band name, and they haven’t left their basement. When a promoter for a metal festival in Norway stops by the slaughterhouse to pick up a few gallons of reindeer blood (natch), they’re presented with the opportunity to share their one and only demo, created just before his arrival – and maybe prove themselves to a town that otherwise rejects them. In his excitement to impress the girl he loves, lead singer Turo (Johannes Holopainen) lies and says they’ve already been accepted, and as the lie gets away from him, the band sets out on a journey to prove themselves that eventually involves grave robbing and a military standoff.

While mostly taking place within their small hometown, eventually the movie morphs into a road trip comedy as the band rushes into Norway to make the festival. Inspired in equal parts by “The Blues Brothers” as it is “Spinal Tap,” the movie contains an all timer line delivered with such deadpan brilliance by my favorite character – and the greatest embodiment of death metal’s theatrical heart – Pasi (Max Ovaska): “We’re on a mission from Satan.” In fact, if you want to know whether this movie is for you, consider the way that Ovaska’s character describes the band’s sound: “symphonic post-apocalyptic reindeer-grinding Christ-abusing extreme war pagan Fennoscandian metal.” Now, if that doesn’t tickle you then perhaps this movie is not for you. If it does, however, you are going to love the hell out of this movie.

While the genre itself can be a bit extreme, this movie is hardly one for actual violence – this is a movie with a gigantic heart for the outcasts and weirdos who just want to wear some face makeup and thrash around a bit with their friends. You might not *get* it but, for some, those blood curdling screams can be imminently cathartic and the scene can provide a true community for those who don’t feel like they have one. Music is just one of those things – no matter how weird or wild it might come out of an artist, what it happening is that they are building a home for others who have something weird and wild in them too. You might not want to paint your face and douse yourself in fake blood but such a ritual can a remarkably rewarding – and, yeah, it’s silly but it’s also sacred. That’s just how family works.