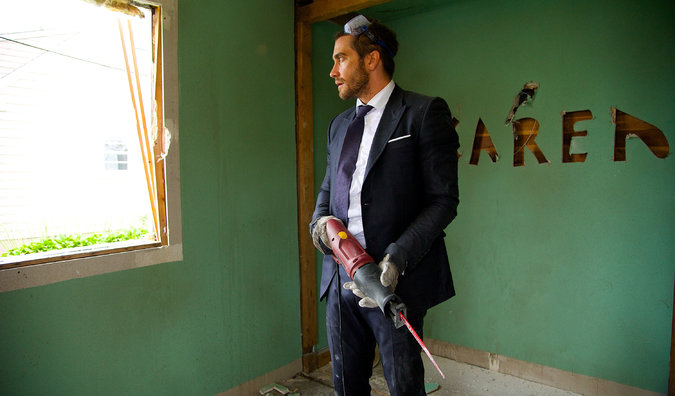 Demolition might be one of the better films you’ll see this year. It’s got it all where it counts, an inspired script, smart direction, and a captivating lead performance by Jake Gyllenhaal. It’s as raw and emotionally authentic examination of grief and loss as I’ve seen in some time. It’s also a stinging commentary on the spiritual vacuity of much of our culture.

Gyllenhaal stars as Davis Mitchell, a wealthy financier making his money in the city but residing with his wife (and boss’ daughter) Julia (Heather Lind) in the suburbs of New York. They have a car crash. He walks away without a scratch. It kills her. Her death rocks her parents, especially her father, Phil (Chris Cooper). Davis feels nothing. As the film progresses, he works through his own stages of grief, and, with apologies to Elizabeth Kubler Ross, it’s only one, an insatiable desire to demolish everything around him, from work to family to his physical surroundings. The only person that can barely get through to him is Karen Moreno (Naomi Watts), a customer service representative for a vending machine company. Davis writes her several complaint letters which leads to a friendship with her and her teenage son, Chris (Judah Lewis), who is questioning life and his sexuality. 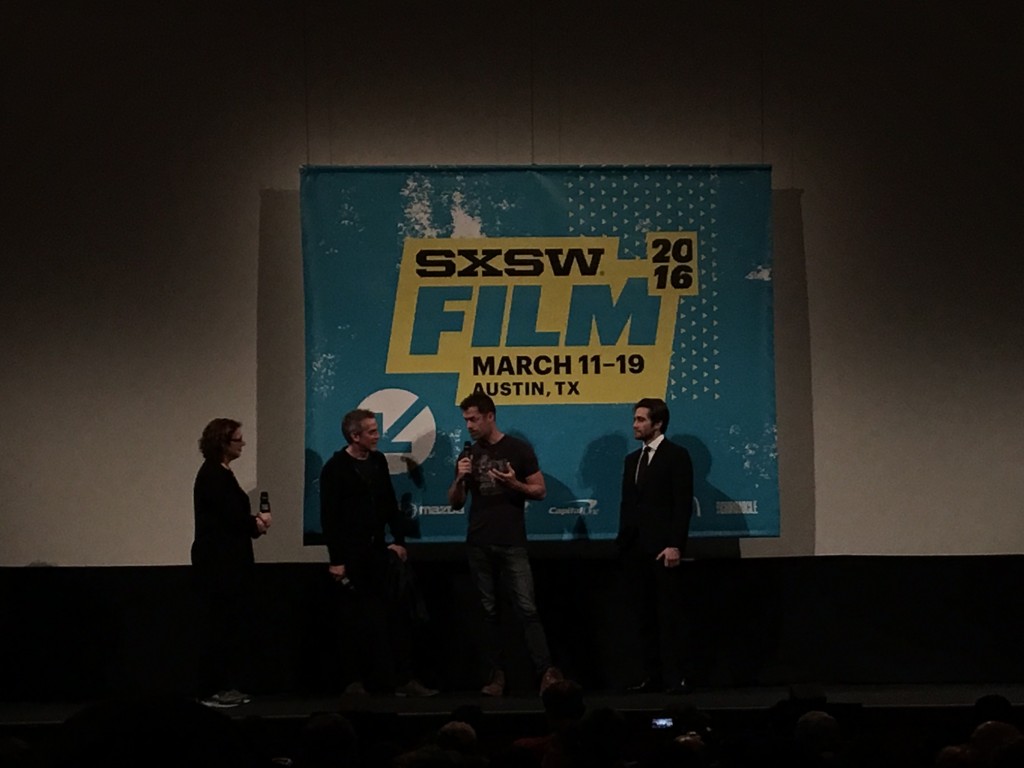 Director Jean-Marc Vallée in the post screening Q & A confessed that everything was all there in the script…he didn’t have to add to or take away. Bryan Sipe’s script, then, is deeply heartfelt with tragic revelations peppered throughout, biting dialogue, and laugh out loud sequences (the SXSW crowd frequently howled with laughter). Gyllenhaal is raw and vulnerable, recalling at times, his recently critically-acclaimed turn in Nightcrawler. Relative newcomer Lewis is almost every bit his equal when they share scenes.

By all accounts, Davis lives a charmed existence. He allows his minions at work to do all the heavy lifting while he dines and drinks lavishly. He has a beautiful house and wants for nothing. He’s got a beautiful wife but she’s more of a trophy…or the avenue to the life of comfort he always wanted. This surface, materialistic existence cannot and does not hold. So it’s not surprising that this sudden rupture in his life reveals just how hollow his existence is.

Towards the end of the film, young Chris endures a nearly fatal tragedy of his own. He is beaten for daring to live into his questions. As Karen weeps by his hospital bed, she tells him she only ever wants him to be who he truly is. Demolition reveals that there are many ways that others can oppress our true identities and that, often times, we are the greatest oppressor. Of course there’s a risk in being true to ourselves, especially when those selves run counter to communal or cultural norms. But demolishing barriers to those truths might just yield rewards richer than we could have ever imagined.

Demolition (100 mins) is rated R and releases in theaters on April 8th.