Sufjan Stevens is a master of finding the universal in the particular, commonality in interiority. With tangled literary allusions and esoteric spiritual ruminations, Sufjan has built a career out of delving intimately into the whims of his intuitions in order to produce captivating contemplations that have won the hearts – and spirits – of many drawn in by their disarming sincerity. From the rough shod dorm-room prayers of A Sun Came to the apocalyptic acrobatics of Age of Adz, Sufjan has established himself as one of the greatest spiritual artists of this generation. He also happens to be one of the greatest live acts I’ve ever had the privilege of seeing. Returning this year with his first ever live album, Sufjan has opted to recreate his most recent record, Carrie & Lowell. A delicately intimate meditation on his mother’s life, illness, and passing, it is perhaps Sufjan at his most nakedly honest – and, as a live experience, it is one of the most fantastic and fragile shows I’ve ever witnessed, captured beautifully on this new record.

Although his stage show is not typically associated with more bombastic acts like Arcade Fire or the Flaming Lips, Sufjan has always had a flair for the theatrical. Having seen him in almost every iteration since Michigan, I can attest that from the cheerleading routine of Illinois to the day-glo revelry of Age of Adz, Sufjan has worked tirelessly to create a singular experience for each tour, challenging himself and his aesthetic every step of the way. I wondered what he would do for Carrie & Lowell, an album so stripped down that it felt as ephemeral as a tear on one’s cheek. As it turns out, he would attempt to reproduce the sensation of his inner turmoil, bringing the focus off of himself and on to the memories of days gone by.

With a stripped down setup for their gear, the band became almost an after thought standing before a series of massive windows that shown blindingly, cycling through images of old home movies and disparate landscapes. Like peering into the mess of Sufjan’s memories, it was a remarkable presentation of the album’s themes. Although it was rather simplistic on the surface, the sheer presence of the construction was awe inspiring and, as the images flashed and danced along with Sufjan’s musings, it was completely hypnotizing. 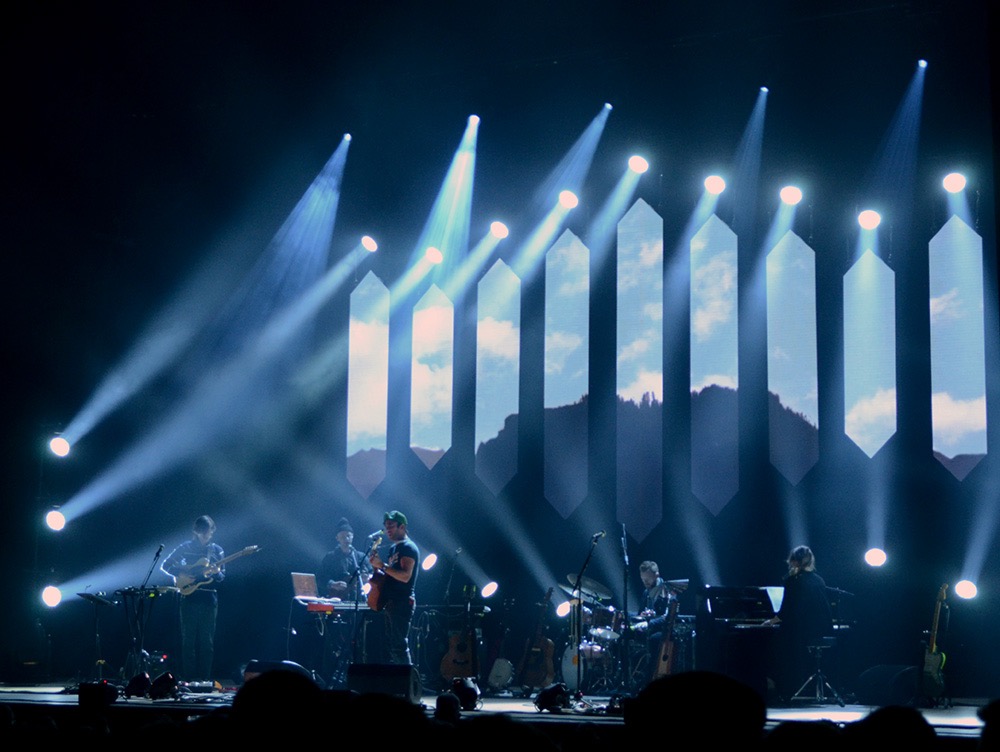 As wonderful as these visuals were, the real treasure lie in Sufjan’s ability to not simply invite the audience into the jagged reality of his reflections but to toy with the sonic possibilities of an otherwise simplistic album. Largely, Sufjan is known for overly ornate orchestration, each song bursting with joyous cacophony. Carrie & Lowell, however, is intimately bare, deeply felt but almost barely there. Brought to life on stage, Sufjan did not settle for an “acoustic tour” vibe, opting instead to dive deeper into the rhythms and see where they might lead, expanding each note to their ethereal conclusions, and viscerally opening wide the wounds of the record in order to let the light shine through.

Make no mistake, however, as beautiful as this album is, it is not a joyous affair. All the beautiful flourishes, the expansive dulcet harmonies or the surprisingly danceable beats, do not distract from the central and unavoidable thematic center: death. It is the death of a loved one, the death of possible reconciliation, and the death of one’s self that Sufjan sings about – unflinching and often uncomfortable. Most of the time, live albums are produced as a sort of career spanning celebration – Sufjan, however, has chosen here to immortalize his prayers, not himself.

After opening with the Illinois instrumental track “Redford (For Yia-Yia and Pappou),” Sufjan immediately launches into “Death With Dignity,” a prayer that paints a precise and pointed picture of Sufjan’s spiritual state. As with most religious reflections, this is not an album of answers but rather of petitions. It is an exercise of blind faith in the face of impossible pain – it is a contemplation on the beauty of life despite itself. If you aren’t onboard with the weight of this one track well, then you’re in for a rough ride.

But, good God, what a beautiful ride it is. Again, the album really shines when it comes to its sonic landscapes. Whereas the original version of “All of Me Wants All of You” was driven by Sufjan’s acoustic strumming and a subtle wash of ambient guitars, here he gives it a mesmerizing dub back beat that really brings the song to new life. The same applies to “Drawn to the Blood” which becomes a day-glo night drive anthem with its lush echoed vocals and synth drenched draping. Carrie & Lowell was already a stunning album but, live, it really is born anew – magnificent in its scope and intimidating in its sincerity. 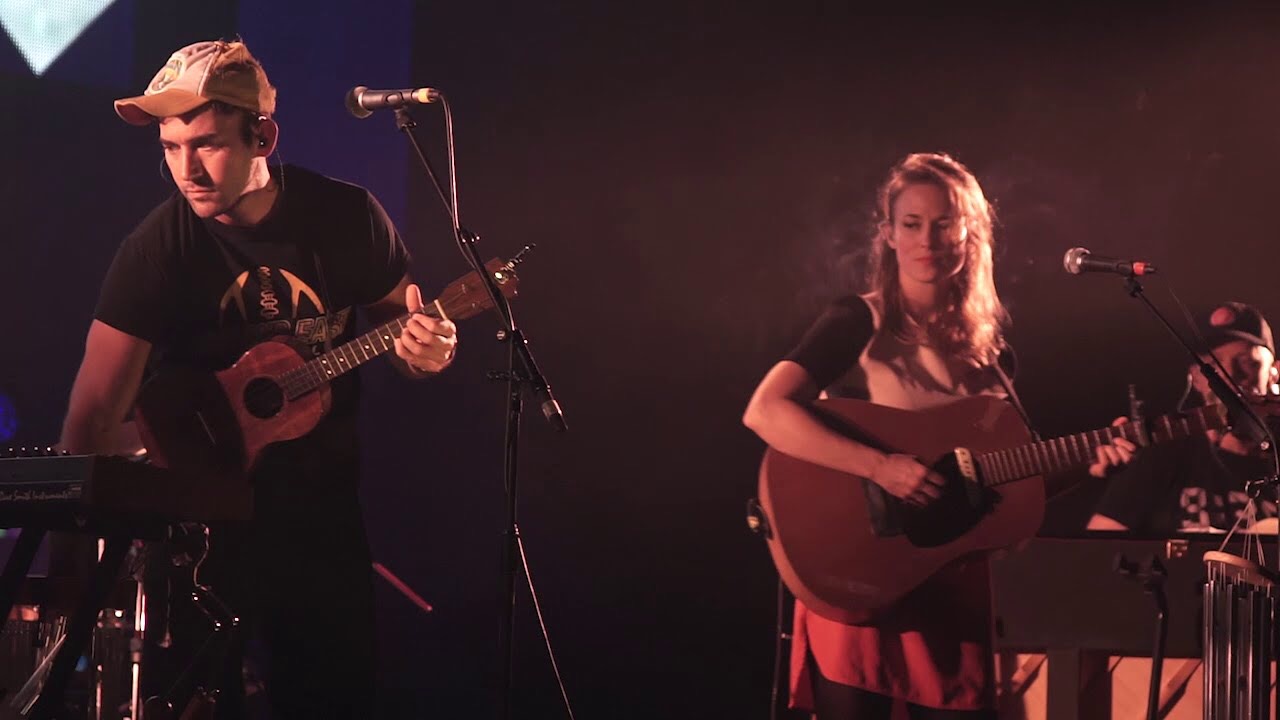 Aside from the entirety of Carrie & Lowell, Sufjan offers three other tracks from his career. In addition to the opening number, Sufjan breaks out the only subtle track from Age of Adz, the plaintive album opener “Futile Devices” and then, my personal favorite Adz track, “Vesuvius.” A remarkable and soul shattering plea for the death of one’s self for the sake of spiritual honesty, “Vesuvius” is honestly a track that never fails to stir something deep within me. Here, Sufjan wails against the boisterous rising of his band mates, culminating in an earthquake of noise and destruction before it calms into a whispered petition for obedience. Although there are many tracks he could have chosen to compliment Carrie & Lowell, “Vesuvius” feels like the most honest choice – despite all the weight and worry Sufjan carries on this record, this track comes as a recognition of the necessity to move forward.

The tracks I was most excited to hear on this live record, however, were the stunning “Fourth of July” and the album closer “Blue Bucket of Gold.” When I saw this act live, Sufjan took the air right out of the room and left us all, mouths agape, at the sheer overwhelming audacity of “Fourth of July.” On the record, the songs ends with a rather hushed repetition of the phrase “we’re all going to die.” Although it is beguiling in its original presentation, live it became a ravenous rallying cry to mortality. Rather than allowing the phrase to rest gently against what is otherwise a soft, simple piano line, Sufjan built the song upwards and upwards to where the the room felt like it might very well have burst at the seams all the while basically screaming “WE’RE ALL GOING TO DIE.” To be quite frank, it left me shaking and in tears.

Here, the song still builds monstrously but Sufjan and company do not quite scream as loud as I remember. Perhaps it was simply the moment but, regardless, the repetition here still feels like a challenge. It is a challenge that Sufjan wrote to himself and now shares with us – know, and know as bluntly as you can possibly accept, you are going to die. But, rather than leaving it simply on this somber note, Sufjan interjects at the last moment “But I’m still alive!” For an album that does not shy away from Sufjan’s own suicidal considerations or spiritual hopelessness, the addition of this line somehow transforms the entire affair from daunting to uplifting. I am grateful to have this experience as yet another Sufjan originated go-to meditation.

I am also elated to have a clean version of the expanded “Blue Bucket of Gold.” Although Sufjan released a longer studio take (which is gorgeous) to see it live with this 10+ minute outro of hazy, meandering psychedelic wash was an enrapturing experience. The version here is far more subtle than what I remember at my show but I’m thinking this is more of an issue of production limitations – I mean, how can you reproduce the intimacy of the vibrations felt? It remains wholly engrossing, nonetheless, especially towards the end when the explosion of earth shaking bass shatters its otherwise peaceful flow. This track proves, if nothing else, that as tight as Sufjan’s arrangements tend to be it is a true treasure to hear him stretch out from time to time. Many seemed to think that Age of Adz found Sufjan loosening his grasp on his song construction but I’m inclined to think it simply gave him the confidence to go over board with layering so many elements on top of one another that his music enters a whole new level of dimensionality. This track, for me, solidifies this. 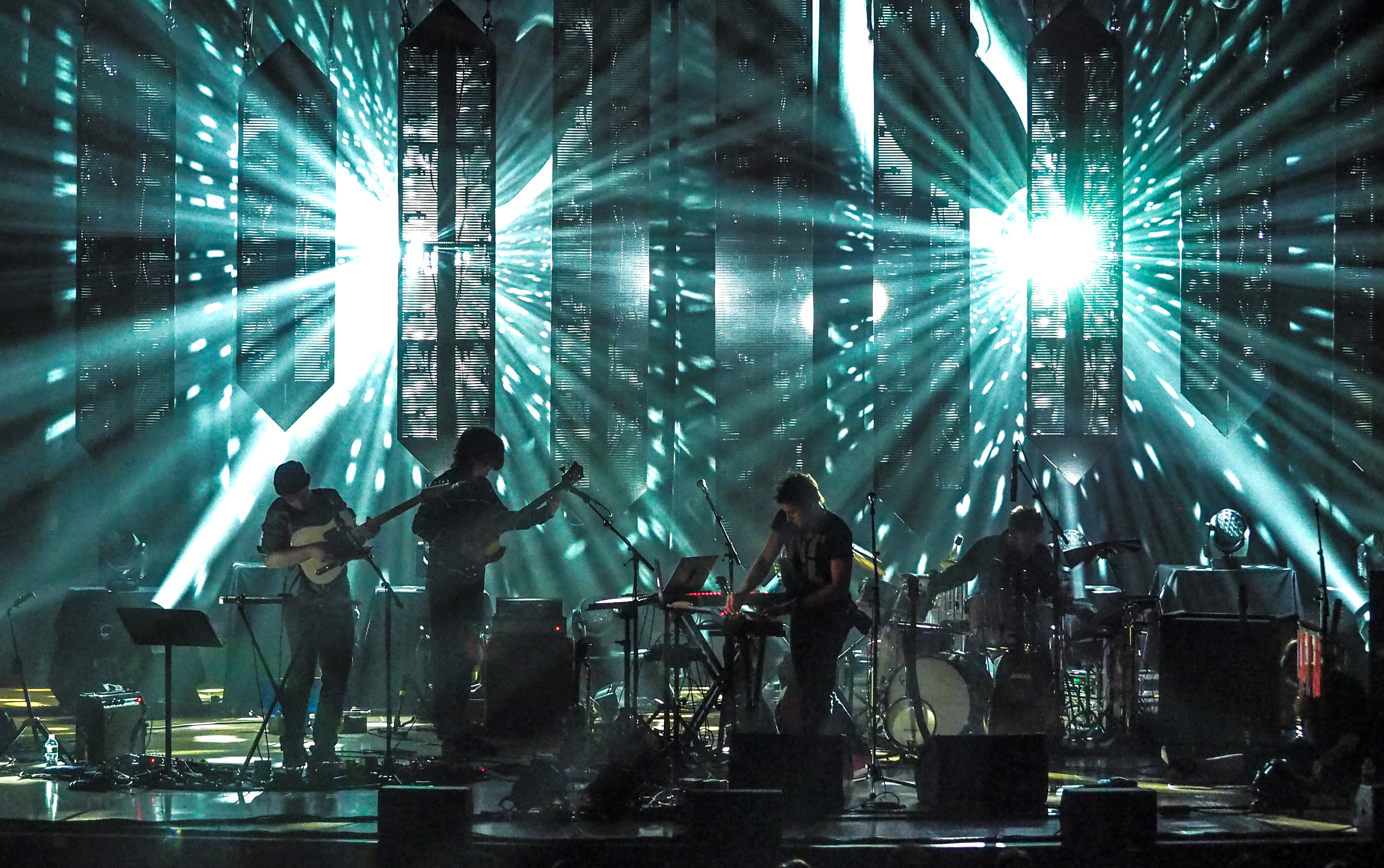 ﻿
This is, of course, followed up by the mini-viral sensation of Sufjan covering “Hotline Bling” with tour opener Gallant. Now, as fun as this cover is – and it is an absolute blast – it’s decidedly out of place on an otherwise deeply somber affair. I can’t complain really, it’s a great song and Sufjan and Gallant sound great doing it but it is a bit of a bizarre way to end the record. Then again, it kind of feels like Sufjan needs it – and kept it there because he thought we might too. It’s nice to have a bit of fun after spending an hour facing down the inescapable swiftness of death’s dire reality.

Carrie & Lowell was obviously a difficult experience for Sufjan, the fruition of a lifetime’s worth of pain and doubt, and having come out on the other side of it all, he deserves to let loose. Although he was able to masterfully recreate the interiority of his emotional state with perhaps the greatest control over his sonic textures yet, this all feels like Sufjan giving himself permission to let it go and give it away. After all, the album is basically a prayer to his mother and a prayer to his God to help him move on – maybe by releasing this live record, he’s letting us know that his prayers have been answered. Maybe I’m reading into this a bit much, revealing my own prayers for a brother who has obviously been through quite a lot, but I sure hope this is true. I am grateful that he chose to open himself up in this way because, between the original and the live version, Sufjan has given us a quite remarkable look into the process of healing – from doubt to trust, from the wound to the light.