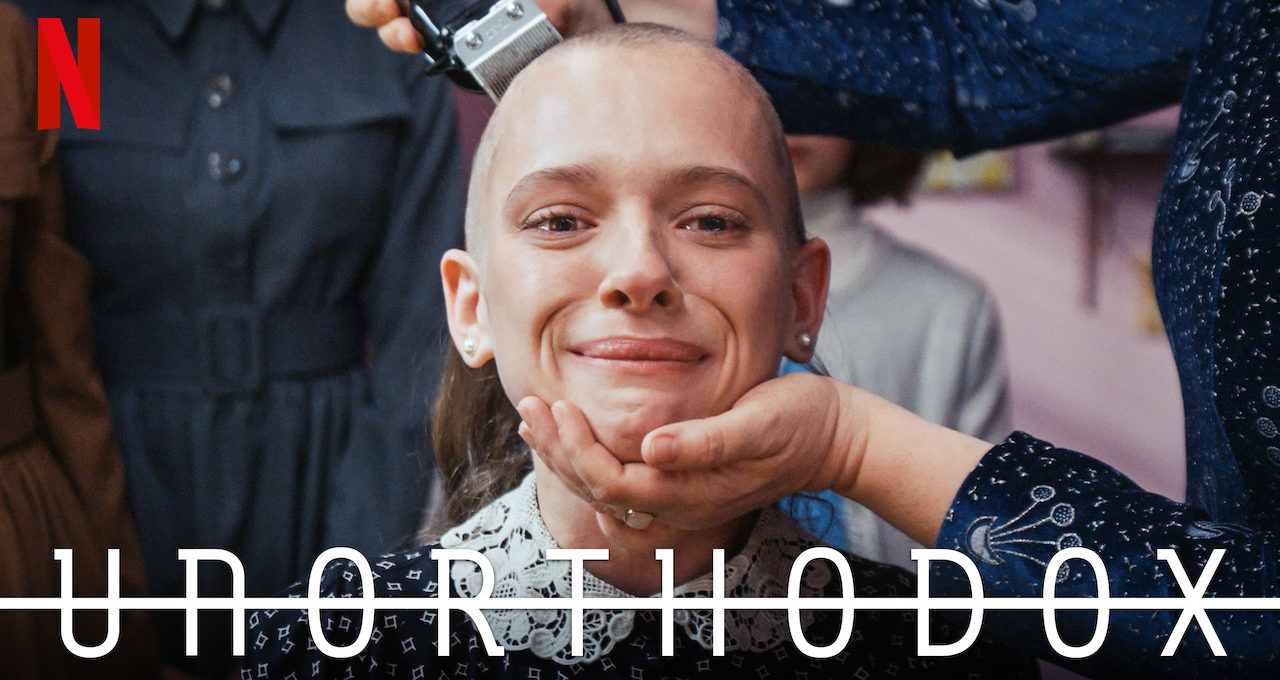 After a long hiatus, Tony Jones and Ryan Parker are back with a new episode of the Killer Serials podcast. Who knew that it would take a pandemic to kick them into gear? In this episode, they discuss the new four-part mini-series, UNORTHODOX, streaming on Netflix. It’s an absolutely brilliant series with a stellar lead performance by Shira Haas as Esty, a young woman fleeing her conservative Hasidic Jewish community in New York. Tony and Ryan talk about the ways in which the hyper-conservative nature of Hasidic Judaism parallels that of other traditions; the use of fear to keep members in communities like this; the role of sex and sexuality in this series; and the appeal of the “otherness” of fringe religious communities to content creators and consumers.