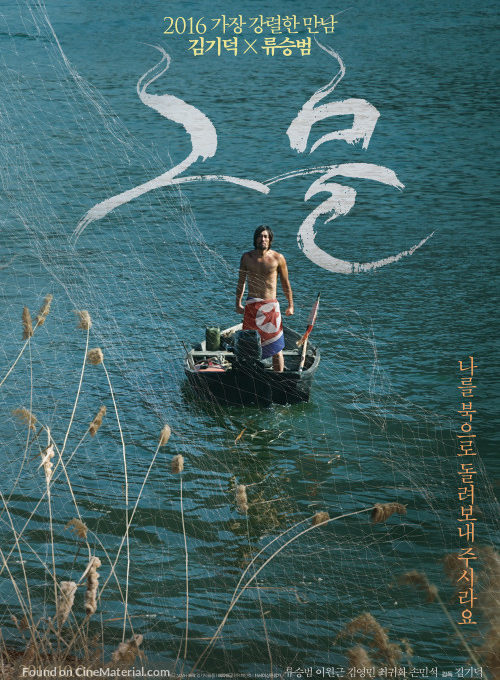 The South Korean film, The Handmaiden, has gotten glowing reviews this year, but it’s another, more modest film, Kim Ki-Duk’s The Net, that might be the year’s best cinematic export. While it centers on the tensions between North and South Korea, this border story also serves as an allegory for all of the divisions in our world today.

Nam Chul-woo (Ryoo Seung-bum in a breathtaking performance), a poor fisherman, lives with his wife and daughter near the border of North and South Korea. He fishes everyday in the river that cuts through both countries. One morning, his net gets caught in his motor, causing it to stall. Chul-woo and his boat drift, unwillingly, into South Korea, where he is promptly captured by border police. They interrogate, torture him, and try to make him defect. Chul-woo is in an impossible position. Live a life of comfort but give up his family or return to his family but live under Communist rule. 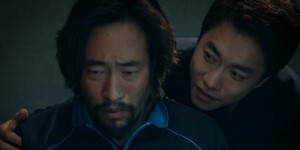 Without sufficient evidence combined by his unwillingness to defect, Chul-woo is released in the middle of Seoul, where he wanders the streets and, inadvertently, falls into actual spy activity. He returns to the station to confess and pleads to be returned. When he is returned to North Korea, agents there welcome him back with an inquisition and torture of their own. Convinced that he is not a Southern spy, they release him. When Chul-woo tries to go out fishing the following morning, he learns that his permit has been revoked. He goes out anyway, and soldiers shoot and kill him.

Of course, Ki-Duk’s film is particular to the tensions between North and South Korea. There are elements to the film that I, as a Westerner, will obviously miss. However, its dualism is so strong, and Chul-woo such a sympathetic character, that it forces us to re-think the tensions and conflicts that plague us in our diverse communities. The greatest strength of Ki-Duk’s film is the way in which Chul-woo sees the absurdity of life on both sides of the border: he knows poverty firsthand in Communist North Korea and is disgustedby the excesses and waste of the South. As such, he is able to see through each sides’ judgment of and accusations against the other.

The Net reveals a brutal reality, namely that when powerful forces (countries, ideologies, etc.) face off against one another, the poor and marginalized often suffer the most, through either exploitation or indifference. But these exploited or ignored persons are, ultimately, the Truth that exposes the lie of the people and parties that would claim to have their best interests in mind.