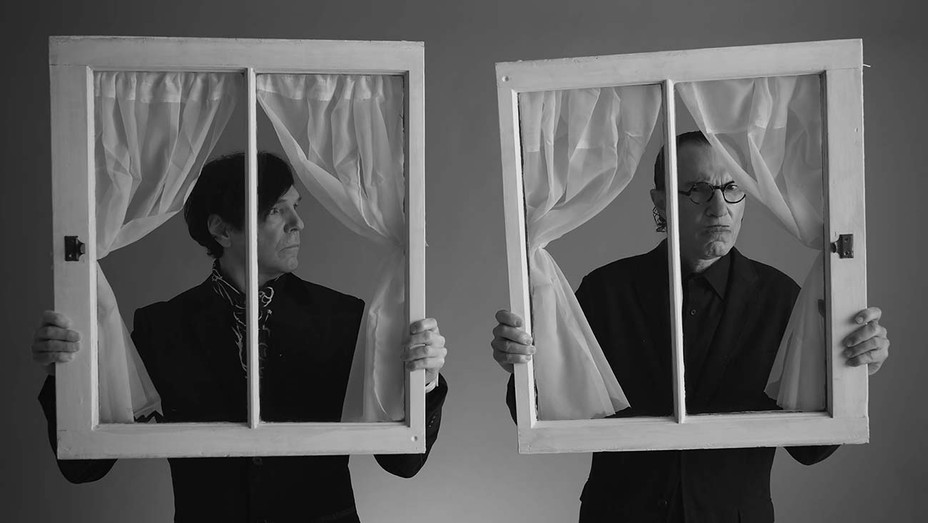 Edgar Wright’s love of music should come as no surprise. From the classic musical cues in Shaun of the Dead to the choregraphed cacophony of Baby Driver, Wright’s films have been defined by their soundtracks nearly as much as their frenetic editing. As such, the prospect of Wright directing a music documentary was quite exciting at first until I heard who it was about…

“Sparks? Do I know Sparks? I recognize some of these album covers…why do I know this band?!”

If the movie is to be believed, I doubt I’m the only one who had this reaction. But, after seeing the movie, I am convinced that Wright was absolutely correct to throw a spotlight on this unbelievable hidden treasure.

Summarizing who Sparks is exactly is a daunting task – a task The Sparks Brothers spends over two hours unraveling. While they might have begun as a glam rock outfit in the 1970s, Sparks have continued to ceaselessly reinvent themselves album after album ever since. Whether they’re pioneering electro synth wave or creating an opera wherein Igmar Bergman becomes seduced by the hedonism of Los Angeles, Sparks have tirelessly and often thanklessly influenced large swaths of the modern music scene over the years. It is this film’s mission to right the wrong of their relative obscurity.

Unlike traditional music documentaries that might focus on the rise and fall of classic artists or perhaps even focus on a central, classic work, Wright’s film gives the viewer a grand tour of the band’s entire discography. Focused first and foremost on core members Ron and Russel Mael, the film begins with a glimpse into their childhood and ends on their most recent tour. In between we get talking head interviews from past members, collaborators, and famous fans explaining in joyous detail everything this band has ever done.

Joyous is the key word here. This isn’t simply an historical account of Sparks – it’s a love letter, an apologia, a celebration. This film demands that history not only recognize Sparks’ influence but that everyone should go and immediately find out what’s been under their noses this whole time. In this the film absolutely succeeds. From the breathless excitement of their peers to the undeniable charm of the brothers themselves, it’s impossible not to get swept up in the career of these fearless creatives.

Fans of Wright will of course want to know how the director fares as a documentarian. While the tried and true talking head format proves effective as ever, interspersed with delightful bits of animation from the likes of Joseph Wallace and Greg McLeod, it’s in the editing (of course) that Wright shines. Again, this film covers a career of over 20 records plus the handful of additional projects, such as a potential manga adaption with Tim Burton (like I said, these guys are all over the place creatively). In order to do this, the films needs to keep a steady but engaging pace – something Wright has certainly mastered over the years. From a wild mixture of archival footage to the humorous way he introduces each interviewee (such as Nick Rhodes as Duran and John Taylor as also Duran), Wright keeps the tone light and the pace brisk, ensuring that the absurd amount of information is digestible and enjoyable.

It is easy to see Wright’s connection to the material. From their production to their storytelling, Sparks exists in a liminal space between the cinematic and the theatric. They’re a band who have produced albums like an auteur produces film – each uniquely realized and meticulously constructed. The creative kindship that Wright finds with the band shines through and, after watching it, I wouldn’t be surprised if you find yourself becoming a fan as well.