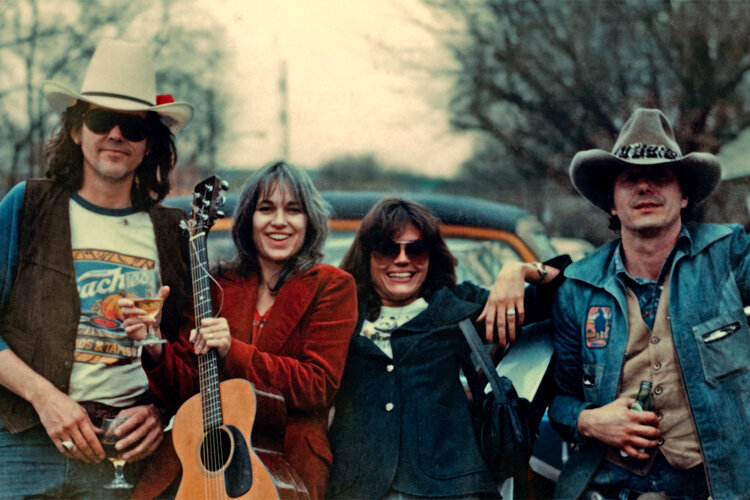 Without Getting Killed or Caught tells the story of Guy Clark, the great Americana songwriter. Like many retrospective documentaries, it explores the highs and lows of a storied career and considers the artist’s legacy. Unlike many documentaries of this sort, however, this is a film of disarming intimacy, giving the viewer considerable insight into the relationships that built not only his public career but his private life.

Directors Tamara Saviano and Paul Whitfield accomplish this not simply through talking head interviews with Clark’s contemporaries and compatriots but through an impressive access to the letters, tape recordings, and ephemera of his wife, Susanna Clark. An accomplished songwriter herself, Susanna was not merely Clark’s partner but an essential element that held an entire group of remarkable songwriters together. This was especially true of her and Clark’s friendship with the legendary Townes Van Zandt.

This friendship in particular serves as a major focus in the film’s overall structure. While it is ostensibly about Guy Clark’s career, the film is told more often than not through the recollections of his wife. As such her deep friendship and seemingly unrealized romantic relationship with Townes, their mutual best friend, ends up becoming a central element of the film. Although the entire piece works as an understated reflection on the Clarks’ life, the bittersweet nature of this trio’s affection ends up being one of the more fascinating aspects of the film.

With this level of intimacy comes a certain realization of the genre’s limits. While a documentary can provide considerable depth through the firsthand recollections of a life, there is only so far one can traverse before the hidden nature of another’s heart obscures the path towards true knowledge. The audience is left instead with a tantalizing and heartbreaking view into love, told through the pain and joy of lives lived fully. In the end, the film becomes a powerful eulogy – for Guy, for Susanna, and for Townes –less about their lives as artists and more about their experience as humans.